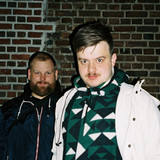 Born and raised in Kleve/Germany the two cousins Moritz and Hendrik Heesch have been living and working in Cologne for more than a decade now. Early on they developed a fascination for graffiti and HipHop culture in general which inspired their musical journey together. 2010 they start producing their first music together after Moritz studied Jazz and Hendrik worked himself into some music software. An important influence for them is their grandma’s vinyl collection as well as the growing instrumental HipHop scene around the labels Melting Pot Music and Jakarta Records. A few years later in 2015 they meet the rapper “Goldroger” and produce his concept album “Avrakadavra”. After that they play numerous concerts all over Germany, Austria and Switzerland as his live band as well big festivals such as “Splash!”, “Fusion” or “Kosmonaut”. 2017 the two cousins join the “Parkhaus Studio” collective. Within that new surrounding they get to know a lot of fellow musicians and start focusing on developing a fitting sound for each musician they work with. During this time, they work on projects for various Rap- and Pop artists. Their musical range is best described as HipHop, Rap and Trap with heavy influences from Indie, Jazz, Blues, Rock Electronica and Pop. Guitar and synthesizer oft play a leading role in their productions. Bold arrangements, catchy melodies and unconventional drums are some of their tools with which they cross musical borders and develop their very own signature.