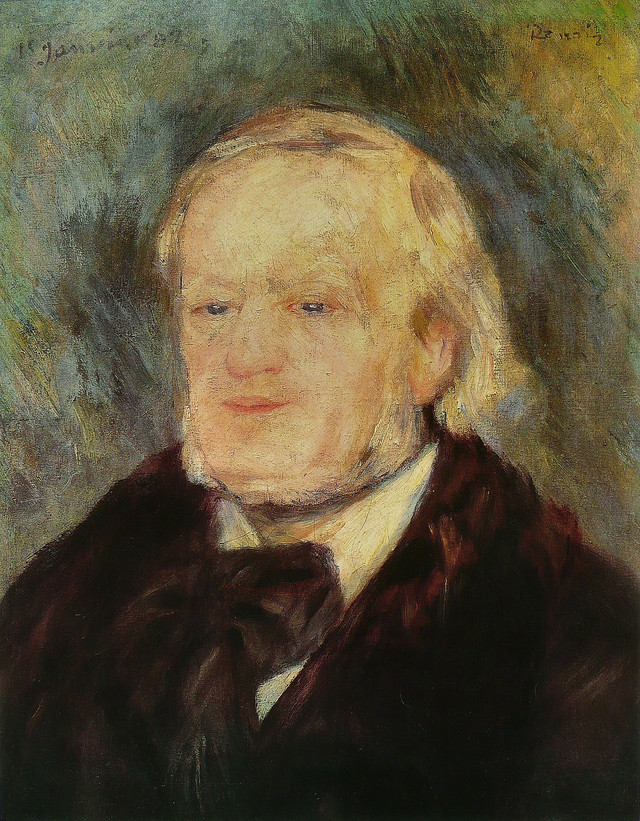 Richard Wagner was one of the most revolutionary figures in the history of music, a composer who made pivotal contributions to the development of harmony and musical drama that reverberate even today. Indeed, though Wagner occasionally produced successful music written on a relatively modest scale, opera -- the bigger, the better -- was clearly his milieu, and his aesthetic is perhaps the most grandiose that Western music has ever known. Early in his career, Wagner learned both the elements and the practical, political realities of his craft by writing a handful of operas which were unenthusiastically, even angrily, received. Beginning with Rienzi (1838-40) and The Flying Dutchman (1841), however, he enjoyed a string of successes that propelled him to immortality and changed the face of music. His monumental Ring cycle of four operas -- Das Rheingold (1853-54), Die Walküre (1854-56), Siegfried (1856-71) and Götterdämmerung (1869-74) -- remains the most ambitious and influential contribution by any composer to the opera literature. Tristan and Isolde (1857-59) is perhaps the most representative example of Wagner's musical style, which is characterized by a high degree of chromaticism, a restless, searching tonal instability, lush harmonies, and the association of specific musical elements (known as leitmotifs, the flexible manipulation of which is one of the hallmarks of Wagner's music) with certain characters and plot points. Wagner wrote text as well as music for all his operas, which he preferred to call "music dramas." Wagner's life matched his music for sheer drama. Born in Leipzig on May 22, 1813, he began in the early 1830s to write prolifically on music and the arts in general; over his whole career, his music would to some degree serve to demonstrate his aesthetic theories. He often worked as a conductor in his early years; a conducting engagement took him to Riga, Latvia, in 1837, but he fled the country in the middle of the night two years later to elude creditors. Wagner as a young man had some sympathy with the revolutionary movements of the middle 19th century (and even the Ring cycle contains a distinct anti-materialist and vaguely socialist drift); in the Dresden uprisings of 1849 he apparently took up arms, and he had to leave Germany when the police restored order. Settling in Zurich, Switzerland, he wrote little for some years, but evolved the intellectual framework for his towering, mature masterpieces. Wagner returned to Germany in 1864 under the protection and patronage of King Ludwig II of Bavaria; it was in Bayreuth, near Munich, that he undertook the construction of an opera house (completed in 1876) built to his personal specifications and suited to the massive fusion of music, staging, text, and scene design that his later operas entailed. Bayreuth became something of a shrine for the fanatical Wagnerites who carried the torch after his death; it remains the goal of many a pilgrimage today. His attitude toward Jews was deeply ambivalent (he believed, mistakenly, that his stepfather was Jewish), but some of his writings contain anti-Semitic elements that have aroused considerable controversy among opera lovers, especially in view of Adolf Hitler's apparent predilection for the composer's music.