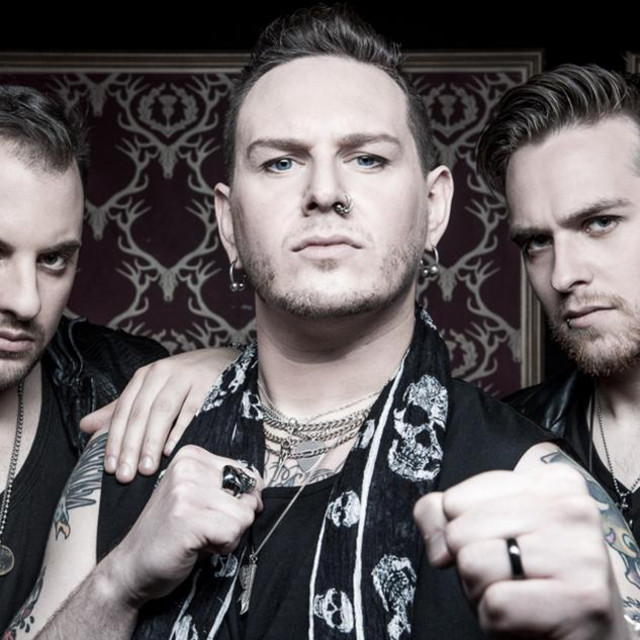 Brighton riff rockers, The Rocket Dolls, consisting of Nikki Smash (vocals, guitar), Joe Constable (bass, backing vocals) and Benji Knopfler (drums). Since 2018’s critically acclaimed album “DeaDHeaD” the band has toured extensively, accumulating miles of road experience, to support the likes of ‘Massive Wagons & Massive’ and playing festivals such as ‘Ramblin Man Fair’ & ‘Planet Rock Stock’ & ‘Hard Rock Hell’. Their third studio album “The Art of Disconnect”, which will be released in the spring of 2020. The record has been two years in the making but the fermentation process has been well worth the wait, combining full throttle energy with pop melodies as well as the band’s trademark rocket-driven, grunge riffs, to create their fullest and most accessible record yet. The Dolls called in the big guns including Georgia Train (The Kaiser Chiefs, Zayn Malik, Ella Air) a somewhat unusual move in the genre, but one that Nikki Smash assures. And it's produced by George Donoghue, at British Grove Studios, with industry heavyweight Chris Sheldon at the mixing desk (Foo Fighters, Billy Clyro and Don Broco). The album cover notes are also full of serious credentials, to demonstrate the undoubted quality of the product. These themes echo throughout the record from ‘The Grip’ – perhaps the poppiest track on the record, soaked in hooks, to the more sombre title track which ranges from lightly played piano to gigantic orchestral sounds. The Rocket Dolls - 2008 - 2020