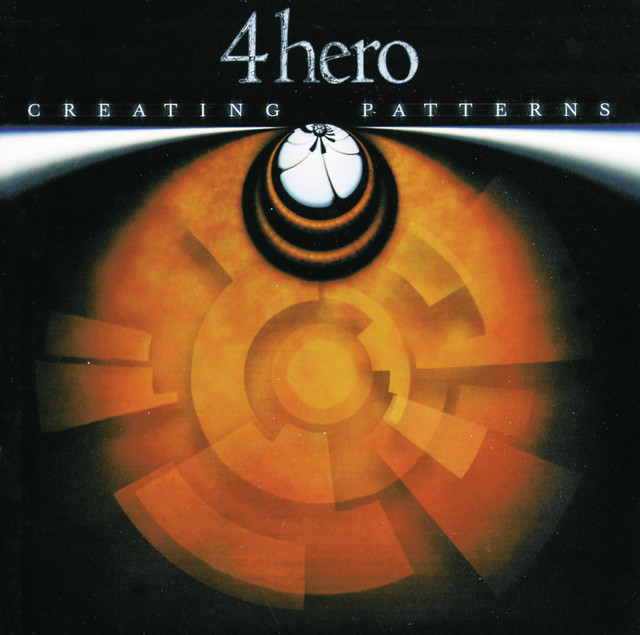 Consistently on the front lines of the drum'n'bass battleground, the duo of Dego (McFarlane) and Marc Mac (Mark Clair) nevertheless failed to receive the exposure of luminaries like Goldie and Roni Size, mostly because they didn't release much 4hero material during jungle's crucial crossover years, from 1994 through 1997. Despite beginnings in London's hip-hop underground during the mid-'80s, the duo moved into the hardcore/rave scene later in the decade and recorded classics like "Mr. Kirk's Nightmare" and "Journey from the Light" for one of the scene's best labels, their own Reinforced Records. The tracks were among the first to chart the dark side of the rave scene and presage the more sinister tendencies of drum'n'bass. Quite ironic then, that while the jungle scene caught up with (and grew increasingly obsessed by) 4hero's innovations during the late '90s, the duo had already moved on to a more polished, fusion-inspired sound with their major-label breakout, 1998's Two Pages. In the beginning, the name 4hero did actually mark the presence of a quartet. Marc Mac and Dego first hooked up with Iain Bardouille and Gus Lawrence in 1986, through their mutual adoration for hip-hop and involvement in the Strong Island FM pirate radio station, which operated out of London's Camden area. By 1989, Marc Mac and Dego were recording percussive breakbeat experiments and becoming increasingly involved with the rave and hardcore breakbeat scene, while Bardouille and Lawrence gradually moved into management of the quartet's newly formed Reinforced Records. The label debuted with the Rising Sun EP by Marc and Dego, credited to 4hero. The second EP, Combat Dance, became a big seller in the dance community, though a shady distributor reneged on payment of the profits. The pair crisscrossed the country during the late '80s and early '90s, DJing and playing at raves while they struggled to earn enough money for Reinforced to stay afloat. After approaching the group at one show, Goldie began working as an A&R man and engineer for the label. He soon became a familiar face at Reinforced headquarters and learned much about production techniques from Dego and Marc Mac. Though they were still in the rave scene, 4hero's subsequent recordings also revealed a growing interest in the flip side of rave's increasingly elegiac feeling. The single "Mr. Kirk's Nightmare" included samples of a policeman telling a suburban father that his son has died of an overdose, and the statement of intent in the titles "Journey from the Light" and "Cookin Up Ya Brain" was self-evident. 4hero's 1991 LP debut, In Rough Territory, also sketched a sinister path through the breakbeat scene, leagues ahead of other producers and on the cutting edge of a style that wouldn't peak for well over five years later. Instead of continuing down the darkside breakbeat path, however, 4hero began to diversify. Dego introduced his Tek 9 side project, which united his love of hip-hop, jazz fusion, and occasional breakbeats, while Marc Mac debuted the straight-ahead hard techno of Nu Era. Two compilation albums were the next LP releases for Reinforced -- Calling for Reinforcements and Definition of Hardcore -- with obvious contributors 4hero and Tek 9 alongside newer projects like Goldie's Rufige Cru and Marc Mac's Manix. Three years after their debut LP, 4hero released another album, Parallel Universe. The smooth sound reflected more of a debt to old-school Detroit techno and Chicago house, much farther away from the hardcore of In Rough Territory. As jungle began to explode as a commercial force in 1994, 4hero was often name-checked as a godfather of the movement. (Great Britain's BBC-TV even borrowed the title of a Tek 9 track for its jungle documentary, A London Sumtin'.) The duo was relatively silent during 1995, though Reinforced continued its release schedule with a debut full-length from Nookie (The Sound of Music), another compilation (Jungle Book), and several singles from Doc Scott. One year later, Marc Mac released a Nu Era full-length (Beyond Gravity) and Dego put out the first Tek 9 LP, It's Not What You Think It Is!?!! Also, Dego and Marc Mac added yet one more alias to their stable during 1996, with a self-titled album recorded as Jacob's Optical Stairway. Released on R&S Records, the LP became the duo's most polished effort extant, with high-pitched synth and spacy fusion breakbeats, in addition to help from technocrat Juan Atkins and dance superstar Josh Wink. Three years after their last 4hero full-length, Dego and Marc Mac signed to the British nu-groove label Talkin' Loud and released their third album, Two Pages, tied to earthier forms of jazz fusion than their Jacob's Optical Stairway material. It was nominated for Britain's Mercury Prize and prompted the remix album Two Pages Reinterpretations in 1999. Creating Patterns appeared in late 2001, boasting collaborations with a trio of groove specialists from several decades: Mark Murphy, Terry Callier, and Jill Scott. Six years later, the very similar Play with the Changes was released, with contributions from Larry Mizell, Jody Watley, and Darien Brockington. ~ John Bush, Rovi