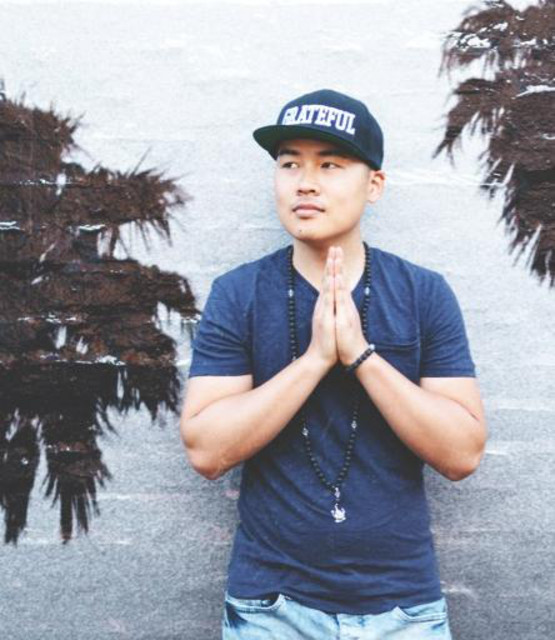 Sol Rising’s original soundscapes evoke feelings of inspiration and bliss through an eclectic mix of electronic music, mid-tempo, downtempo, chill-trap, ambient and lo-fi hip-hop.   Born in Vancouver BC, raised in Fairfield Iowa, Sol Rising began meditating at age four with a walking mantra technique. His mother took him to visit numerous spiritual teachers, who inspired him on the spiritual path he walks today. As a teenager, he became a hip hop fanatic. His rooted interest in hip hop led him to learning the art of scratching — using turntables as musical instruments. Sol Rising soon became one of America’s top scratch DJs, winning second place at the DMC, the world’s most prestigious DJ competition and first place at Scribble Jam, the same competition that Eminem competed in along with other notable underground artists.   Now a successful producer with 20 albums released, Sol Rising has been streamed over 70 million times on Spotify and Apple Music; remarkably as an independent artist with no record label. He has licensed music for brands such as Apple, Clarks Shoes, Hotels.com, Snapchat, Airbnb and US Polo as well as a placement in Academy Award winning director Paolo Sorrentino’s latest film “Loro.” Sol Rising is an international touring DJ playing festivals in the US, Canada, Europe, Asia and Australia at festivals such as Wanderlust, Burning Man and Lightning in a Bottle.