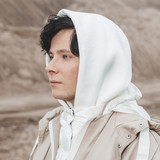 23-year-old Alex Mattson has wooed the Finnish, Baltic and Nordic countries with his pop-hooked EDM-tracks ever since the beginning of 2016.   Multiple singles and millions of streams later, Alex is currently spending his time in the studio with various songwriters and emerging global artists.   What took him to this point was his early love for music, youth spent playing drums, listening to rock music and eventually starting music production studies in the Netherlands as the interest towards electronic dance music took over. Alex’s catchy and melodic pop/EDM tracks have gained more than 40 million streams all around the world, and he is just getting started. In addition to his solo career, he is also the sixth member of the Finnish alternative rock band Blind Channel.