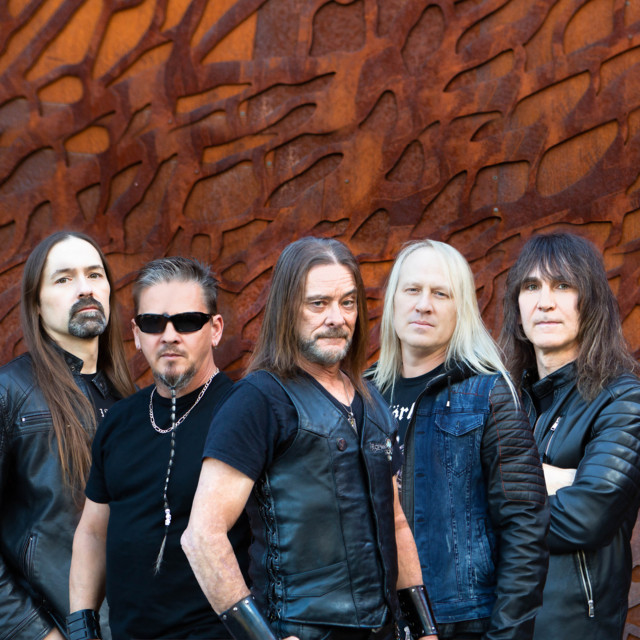 Flotsam And Jetsam are a true anomaly in the annals of thrash and arguably the most underrated entity in heavy metal history. True fighters, the Phoenix-based five-piece currently led by originals Eric “AK” Knutson and guitarist Michael Gilbert (along with bassist Bill Bodily, guitarist Steve Conley and drummer Ken Mary) have been doing battle in the trenches since the early ‘80s. And although people point to their first album (1986’s “Doomsday For The Deceiver” ) as a game-changer, the band didn’t need the first (and only) 6K rating in Kerrang!’s history to gain accolades. Like a prize-fighter that refuses to kneel down, Flotsam And Jetsam treaded onward with black eyes and bloody noses. Their 2017 eponymous album saw a band firing on all cylinders, writing/performing years younger than a band with three decades of power and glory notched on their bullet belts. Despite how high the bar was set with their previous album, Flotsam and Jetsam has not slacken the reins, and “The End Of Chaos” (2019) was nothing else but the band at the very top of their game If the Phoenix disciples arose from their ashes in 2016, now the mythological bird is angry, and out for blood. Flotsam and Jetsam goes for the jugular from the get-go and they are pulling all the stops in the process. Be on the lookout for the 2021 " Blood In The Water" album!