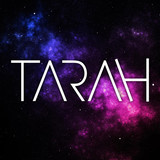 To label Tarah’s music on just a specific genre…well that just wouldn’t be fair. Could it be New Age? Maybe. How about Instrumental Pop, Jazz or Progressive Rock? It has some of it, but then again, there are all those Latin roots, electronic sounds, and eclectic atmospheres. You know what? Let’s simply not try to label it. Tarah’s music is a collection of sounds influenced by cultural diversity and conveyed through the interpretation of 7 musicians with a keen eye (or ear) of what people wish to hear. The complexity in its mixture is what makes it as appealing as unique. So, at the end, if it really must be labeled, it’s music from the world for the world. The story began many years ago, in the Caribbean island of Puerto Rico, at the verge of the millennium, when many were embarking on a journey of self-discovery and music played a key role in their soul searching. Keyboardist Juan Carlos Ferrer joined paths with a group of daring musicians to fulfill their own inner journey, bringing to life a project so unique, it captured the attention from the media and the public as well. Its name was Tarah. In 2014 the band released their long-awaited new album VOYAGE. The album is Tarah at its best, with its unique blend of sounds from all over the globe, spiced up with its strong Latin roots. Contained within each musical piece, a truly universal message of passion, the celebration of diversity, the achievement of happiness, and the overwhelming power of the human spirit.