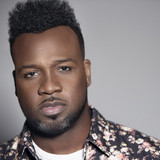 Gospel artist VaShawn Mitchell was already a seasoned singer, songwriter, producer, and musical director with four albums to his credit when he broke through in 2011 with the massive hit single "Nobody Greater." An Illinois native, Mitchell had spent the latter part of the '90s and most of the 2000s serving at a pair of Chicago churches and nurturing a multifaceted career that, in addition to his own albums, included writing songs for artists like Smokie Norful ("Just Can't Stop"), Vanessa Bell Armstrong ("Help"), and Bishop Paul Morton ("Cry Your Last Tear"). Later based in Atlanta, his chart-topping success crossed over to the R&B market on subsequent releases like Created 4 This and Unstoppable, leading to ambitious projects like the 2016 album Secret Place, which he recorded in South Africa. Mitchell was born and raised in Chicago where, in his early teens, he became assistant music director of St. Mark Baptist Church, working with choir leader Lonnie Hunter. In 1996, at the age of 20, he became the Minister of Music under Bishop Larry D. Trotter at Sweet Holy Spirit Church where he would go on to serve for the next ten years. Released at the end of 1998, Mitchell made his recorded debut with So Satisfied which featured backing by the New Image Chorale. Over the next few years, he remained deeply involved in all aspects of the church's musical program including producing popular songs for Bishop Trotter like "Don't Last" and "My Worship is for Real." In 2002, Mitchell released Another Chance, his second album leading the New Image Chorale. Three years later, Tyscot Records released Mitchell's third album, Believe in Your Dreams, and it peaked at number 26 in the Billboard gospel chart. Promises, credited to VaShawn Mitchell & Friends, appeared in 2007, and reached number 20. That same year, Mitchell relocated to Atlanta, Georgia, to head the music ministry at Higher Living Church. It was there that he recorded his breakthrough album, the Grammy-nominated Triumphant, which was released by EMI Gospel in 2010. The album's single, "Nobody Greater," found major success on Billboard's gospel chart and became the most played gospel track of 2011. Arriving in 2012, the Created 4 This LP found similar success and also crossed over to the R&B chart, opening up a wider audience to Mitchell's music. Following the success of his 2014 live album, Unstoppable, he recorded another live set, this time in South Africa. Released in late 2016, Secret Place was Mitchell's seventh album. Three years later, he returned with another robust gospel set in 2019's Elements. Mitchell's next outing was the 2020 holiday EP Home for Christmas, which featured the single, "Everlasting Joy" with Taelia Robinson. ~ William Ruhlmann, Rovi