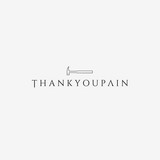 Hi there, we make music (surprise surprise). It's mostly acoustic, mostly piano based, and thoroughly gloomy. Sometimes it's just me, sometimes a duo, sometimes a trio. You get the idea.   We have one EP called Calypso released in 2016. It is a 21-minute long lovesong - I'm not sure if love is mentioned there even once though - and it's pretty much about pain, despair and death. And about living on. Not kidding, lol. There's also a single called Freefall which consists of three (half the actual number at most) different versions of the same song, dated from 2011 to 2017. The latest version even has a music video. If you wanna see it - well, you know what to do. Gotta say, it's not acoustic, it's high voltage. K thx