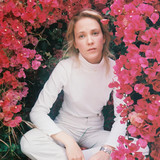 Emma Louise is a platinum selling artist through Australia and Europe. Her debut EP ‘Full hearts &amp; Empty Rooms’, featuring smash hit ‘Jungle’, launched her in 2011, and she has since seen many successes including the releases of two critically acclaimed albums (Vs head Vs Heart; Supercry), hugely popular ‘Jungle’ remix (“My Head Is A Jungle”) by MK , a series of collaborations with Flight Facilities on ‘Two Bodies’, ’Arty Boy’ and ’Stranded’, live performances at Splendour in the Grass, Groovin The Moo, and Aus/NZ touring alongside Sam Smith . Currently, Emma is set to release her 3rd album ‘Lilac Everything’, produced by Tobias Jesso Jnr and mixed by Grammy and Juno Award winner Shawn Everett. First single ‘Wish You Well’ introduces us to the artist's bold new artistic statement - pitched down vocals across the entire record. "By inhabiting this character, Louise is free to explore a whole new side to her craft, and 'Wish You Well' proves it to be an exciting one." - Pitchfork "It's a perfect, perfect song" - Matt Wilkinson, Beats1 "Emma Louise shows off bold new sound... 'Wish You Well' is vivid, dramatic.." - triple j