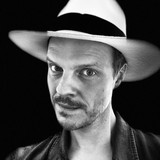 I'm a British musician currently living in Berlin, Germany. Since 2005 I've been lucky enough to write songs for a living, I've been able to work with some really talented people and help to turn their ideas into songs people can listen to all over the world on sites like this, which makes me very happy. I started releasing music as an artist in my own right again after a long break, just writing songs for others.   I spent most of my 20's living in London and "doing music" in a fairly vague and disorganised way. Playing in bands, gigging, having meetings at record companies and feeling a bit out of my depth, nervously giving demo tapes to people like The Edge and Damon Albarn...lots of fun was had and great friendships formed but let's just say I took the scenic route when it came to getting my shit together. I love rock and pop music and have had the best time making these songs, with lots of wonderful and talented people. I'm also a member of More Than Ruins and Spirit Animal Kollektiv, both based in Berlin and have been co-writing songs with some really exciting emerging artists like Bryde, Hundreds, Iris and Villforth and Adam Wendler. Lots of music to come in 2021! I'm on a bit of a roll...x