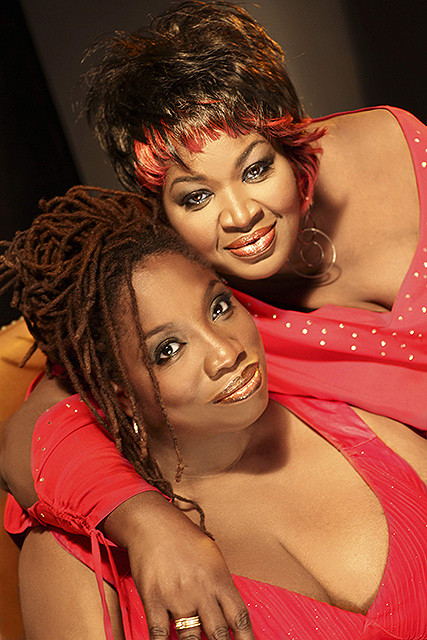 The Weather Girls, Martha Wash and Izora Armstead, started out in the gospel group NOW (News of the World) before they became backup singers for Sylvester in the '70s. They formed the duo Two Tons o' Fun (aka the Two Tons), and released a pair of albums -- which featured three charting singles -- on Harvey Fuqua's Fantasy-affiliated Honey label. They subsequently changed their name to the Weather Girls and recorded for Columbia, where they had their greatest success with "It's Raining Men." That 1982 single peaked the following year; it topped Billboard's club chart and crossed into the Hot 100, where it reached number 46. Wash continued as a solo artist and session vocalist and was the lead voice on "You're My One and Only (True Love)" by Seduction, "Everybody Everybody" by Black Box, and "Gonna Make You Sweat (Everybody Dance Now)" by C&C Music Factory. Wash was invariably replaced in the songs' videos by lip-syncing models, and resorted to legal action to get a proper share of the royalties for her work. Armstead later resurrected the Weather Girls with her daughter, Dynelle Rhodes. After Armstead's death in 2004, Rhodes continued to record and perform as the Weather Girls with fellow vocalist Ingrid Arthur. ~ Steve Huey, Rovi