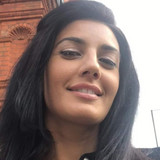 Michael Va’s music is a mosaic of styles, guided by her magnetic tendency to pull in eclectic influences around her, from contemporary hip-hop, classic soul, funk, and pop, sculpted into her own creations. It’s reflected in her fashion and visuals, a rock and dreamlike aesthetic. Michael always knew she wanted to be a singer. With her mother, also a musician, as a primary influence, Michael’s musical upbringing was one of wild contrasts; she listened to James Brown, funk, Michael Jackson and Jimi Hendrix while her mother nurtured her with Ella Fitzgerald and Disco music. The hefty presence of rock, r’n’b, pop and funk quickly became telling factors, and a young Michael was soon singing with local bands twice her age. Michael’s raspy and angelic voice and rhythmic flow has taken her into studios in London, LA, and New York. Her sound has become the pure, impressionable and passionate sound of a London-hearted girl consuming the world first hand and then expressing it in her own flavour.