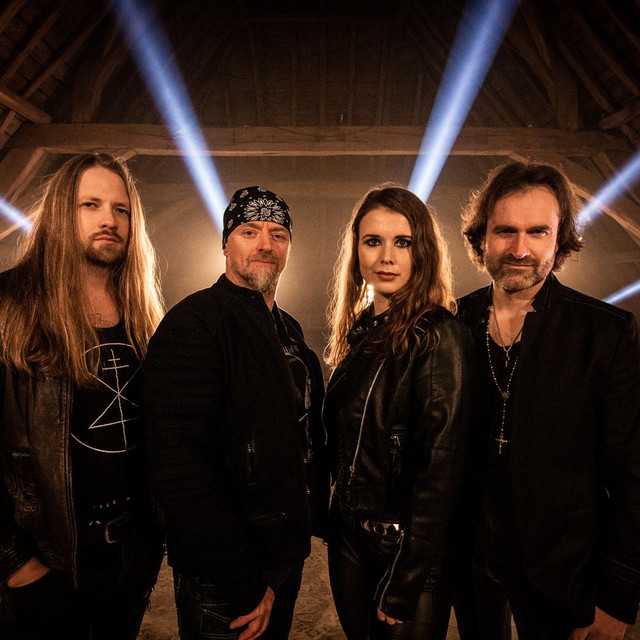 Exceptional live performance, bombastic guitar riffs, groovy rhythm section, atmospheric keys, well thought-out lyrics and the remarkable voice of singer Alona Levina: that's what SACRED GROOVE stands for. The four-man formation from the Lower Rhine, Germany has become an integral part of the German metal scene although it’s still an insider tip for many music lovers. Female Fronted Melodic Metal - this is how the band describes its music genre, which combines the distorted guitars from classic heavy metal and the orchestral arrangements of symphonic metal, and all that with a charismatic power woman on the microphone. Melodic, awakening, inspiring and special - this is how the band members characterize their music. There is no pattern - A loud, "real" metal track is followed by a calm acoustic song or a prog ballad. It is about self-discovery, important decisions, faith, freedom and hope. SACRED GROOVE make the music that makes them happy, and you can see that in the emotional song arrangements as well as the live performances that thrill the heart of every rock and metal fan. After two albums “Needful Things” (2011) and “The Other Side” (2015), which have received many enthusiastic reactions worldwide, the band is releasing a new record this year. The new album opens a whole new chapter for SACRED GROOVE and promises to sound even more energetic, multifaceted, mature and powerful than its predecessors. This band is ready to conquer the world!