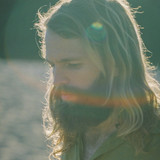 New beginnings also mean saying goodbye to an old life – to create a new chapter; you leave behind another.   In 2016, the Australian troubadour – a classically influenced singer and folk guitarist left everything behind in his coastal town Port Lincoln for a dream life on the European road. A competent pianist at the age of 8, a trumpet player at 10, in his teens Laufen discovered the acoustic guitar and began writing own songs. After school, he began studying and working, however exhausting 60-hour weeks kept him from his goals, and the desire for self- realisation grew.   Finding his feet in the German capital of Berlin, Lucas put down roots and used the city as a base to release his debut EP “Goodbye”. The EP was toured through 11 different countries, performed in clubs, living rooms and concert halls.   After two years of writing while on the road, Lucas travelled to Christchurch New Zealand to wrap his experience into an album. “I Know Where Silence Lives” was produced by Ben Edwards (Marlon Williams, Julia Jacklin, Aldous Harding) at “The Sitting Room”, overlooking the ocean and recorded next to nature. The album is 9 songs of personal journey, touching on themes of loss, searching and the beauty in between.