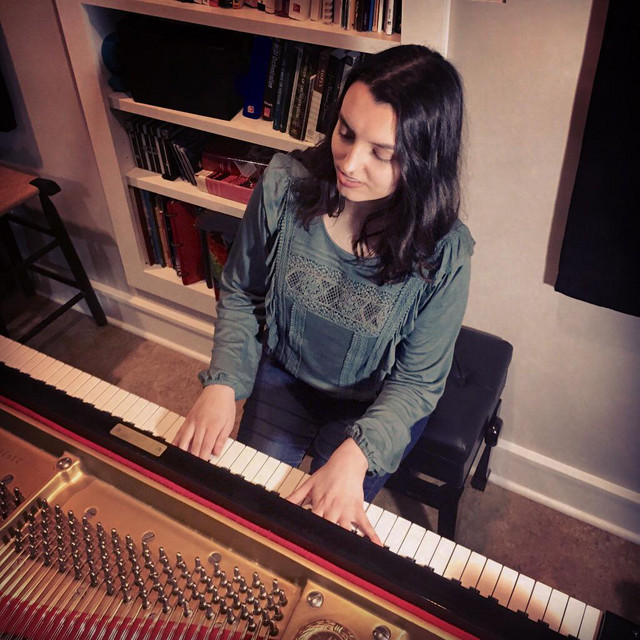 Shelby Lock is a pianist, composer, and audio engineer hailing from the foothills of Virginia’s Blue Ridge Mountains. A lifelong nature lover, her music evokes her surroundings with hints of folk styles blended with cinematic melodies. In 2012, the GRAMMY Foundation invited Shelby to study audio engineering with a handful of high schoolers at the prestigious GRAMMY Camp in both Los Angeles and New York. A year later, Shelby released her debut solo piano album, Airborne, containing her original piano compositions that she also performed, recorded, and engineered. In 2016, Lock made her orchestral debut as a composer with the Nashville Philharmonic Orchestra’s premiere of her piece, “Out of Ashes.” It went on to receive subsequent performances and be Finalist for the 2017 American Prize in Composition (Student Division). In addition to being an artist, Shelby is a working audio engineer, currently serving as Lead Engineer for Atlas Arts Media. She is active in the Audio Engineering Society and holds a BS in Audio Engineering Technology and a BM in Music Composition from Belmont University. Shelby enjoys having the skillset that lets her help other artists bring their recording projects to life.