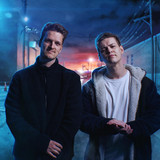 Often described as the Netherlands' most striking DJ duo, Mr. Belt & Wezol combine retro with the new. In both their DJ sets as their discography you can expect sample-based house tracks, curated carefully to hit a sweet spot between the known and the unknown. With performances on Tomorrowland, Mysteryland and Ultra there's a big chance you will see the guys in real life. But if you really want to see them in their element, you should visit their "The Cuckoo’s Nest" hostings and clubshows. At these events they play long solo sets or invite all of their DJ friends for a huge back2back frenzy. The ADE editions are traditionally sold out and new editions will be announced all year round.