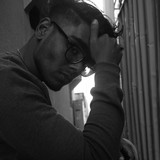 Zillionglare is an Alternative Hip-Hop/Trap/R&B artist-songwriter with heartfelt lyrics, emotive vocals and flawless delivery. He writes his music from a very personal perspective, crafting engaging stories and developed melodies while bringing excitement of his music to life. He started rapping as a teenager, taking inspiration from the legendary works of Lil Wayne, Polo G, GunnaDrake, Don Toliver, iann dior, Future, Swae Lee, 6LACK, The Weeknd & Trippie Redd. His Debut single ' One ' released in April 2020, highlights his artistic roots with an emotional story that talks to the listener.   In December 2018, Zillionglare came into being with his first freestyle release on YouTube . He started his journey after being continually motivated by his friends to start Rap.   Zillionglare released his debut EP ' Broke EP ' during the early months of 2020 followed by which he released his first single ' One ' featuring Eisrich.   Debut Album LYRICALLY SIXTH , is not only an ode to Zilly’s birth place but also an attempt at creating an album that all kinds of listeners could relate with.   Since the release of his debut album LYRICALLY SIXTH , Zillionglare has been featured on various music magazines like ‘The Rolling Stones’, ‘The Wild City’ and ‘The Indian Music Diaries’ to name a few.   Zillionglare envisions himself carrying out the dream of old-school bars with modern melodies, bringing new music to the table.   Contact: zillionglare@gmail.com