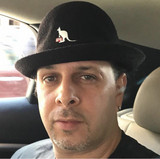 Brooklyn-based Puerto Rican freestyle DJ/producer Tony Touch has been an influential force in the mixtape scene since 1991, crafting reggae, rap, house, R&B, and Latin underground tapes. Two of his tapes, "50 Emcess Parts 1 & 2," won Touch the annual Mixtape Awards' Best Freestyles award two years in a row. Touch has spun at clubs in New York, Miami, and Puerto Rico, and has toured with Guru, the Roots, Fat Joe, and Big Punisher, among others, and produced songs by Flipmode Squad, Sunz of Man, and Cocoa Brovaz. As an emcee, he has worked with P.F. Cuttin' and DJ Muggs on the Rican-Struction EP. Touch also records under the names Von Bo Bo, Mr. Coco Tosso, and Tony Toca, and has released over 60 mixtapes, including Can't Sleep on the Streets and Power Cypha 3: The Grand Finale, many of them on his own Touch Entertainment imprint. In 1999, he signed to Tommy Boy and released The Piece Maker in spring 2000. ~ Heather Phares, Rovi