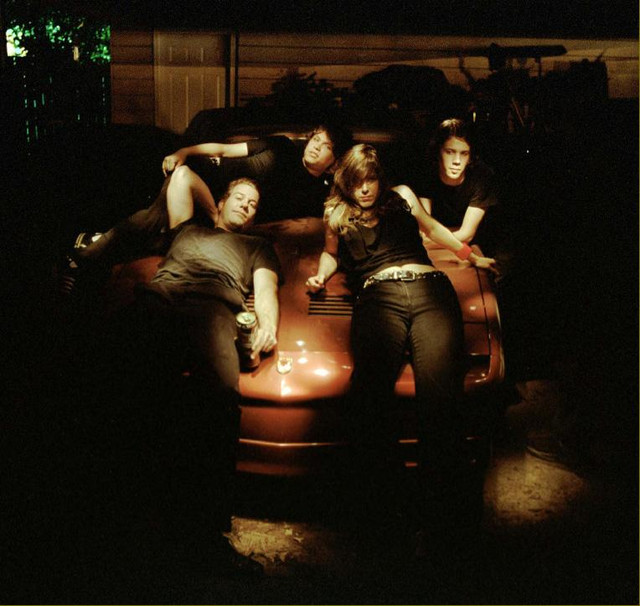 One of the longest-lived and most prolific projects for Memphis garage-punk icon Jay Reatard, Lost Sounds combined the manic energy and hard emotional edges of his earlier band the Reatards with a more moody and melodic approach, as synthesizers joined noisy guitars and pummeling drums in the lineup in a manner that sometimes recalled the sonic attack of synth punk pioneers like the Screamers and Suicide. Jay Reatard formed Lost Sounds in the spring of 1999, joining forces with Alicja Trout (who had began working with synthesizers in her short-lived group the Clears) and Rich Crook; Reatard and Trout both sang and played guitars and keys, while Crook was the new band's drummer. Lost Sounds wasted little time documenting their music, with a four-song 7" EP appearing in 2000 on Solid Sex Lovie Doll Records, while Big Neck Records issued their first full-length album, Memphis Is Dead, in 2001. A second album, Black-Wave, appeared later the same year via Empty Records (the title came from a subgenre someone coined for the group, a fusion of new wave and black metal); a steady stream of singles, compilation tracks, and limited-edition CD-Rs of demos and rehearsal sessions also found their way into the marketplace and Lost Sounds developed a reputation for musical ambition and hard work, though they were also known for their appetite for alcohol and propensity for arguments (several different bassists floated through the lineup, sometimes leading the band to do without one altogether). A third proper album, Rats Brains & Microchips, was issued by Empty in 2002, and in 2004 Lost Sounds signed with noted garage punk label In the Red Records; that year they released an EP, Future Touch, and a full-length LP simply called Lost Sounds. The band toured the United States several times in support of its first few albums, and after inking with In the Red they traveled to Europe, but Lost Sounds' internal volatility began catching up with them, and as they reported on their own website, "Lost Sounds disbanded abruptly yet not unexpectedly in 2005." After the breakup, Reatard briefly revived the Reatards before launching a successful solo career. Trout went on to work with the bands Nervous Patterns, River City Tanlines, and Black Sunday, and she releases music through her indie label Contaminated Records. Crook leads the band Lover! and plays drums with the Knaughty Knights. ~ Mark Deming, Rovi