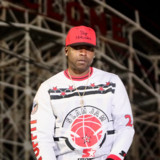 D.CHAMBERZ is a Coney Island, Brooklyn native, Hip-Hop artist, and founder of Warrior Mentality Music Group. Making his name on the New York hip-hop scene for the past decade, what started in Coney Island as a small following, has exploded onto the national market. His most recent hit, “I‘m French Tho” made an appearance on the National Hip-Hop charts, and garnered over one million views while featured on WorldStarHipHop.com. Don’t get him wrong either, this guy is a mogul in the making. He recently has built an even larger fan-base through his underground empire – Warrior Mentality Music Group – encompassing concert series (Trappers Only Concert, and sound of NY Concert), a weekly radio show (No Time 4 The Small Talk), a movie production (B4 The Battle), a clothing line (WM Apparel), as well as a consulting branch. Between his constant presence at any important New York social spot, his records being spun regularly at the area’s clubs and radio stations, combined with his relentlessness, he is truly a force to be reckoned with. His earlier singles made waves on the radio and internet, including "On My 1, 2” featuring @FredTheGodson, “For My Homies” featuring @Chinx, "Shake The Block" with @UncleMurda, and “A.O.M.N. (Remix)” with @Manolo Rose.

His more recent songs feature legends like @MethodMan, and prominent up-and-comers like @BennyTheButcher, @ChinaMac and @Jaquae. Stay in tune with D.Chamberz on all social medias: @dchamberzciw.