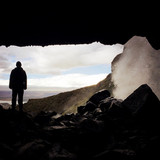 I am a musician and composer that has been making music for a long as I can remember. My new album, ‘Circuits’ kind of took me by surprise, I wasn't planning on making it and all of a sudden, there it was. I had been working on music for a number of different projects and when I put them together I realised that they worked well together and formed a cohesive album that I really like. On the album I have continued to explore ambient and piano led composition, but I have also introduced some stronger orchestral elements too which I think provide some nice dynamic range over the course of the 15 tracks. As well as the music on Circuits, I have made videos for each track on the album using a series photographs of light manipulations I made that I then animated. In addition to making music, I also love photography and travel and can usually be found editing photos and planning my next visit to Iceland.