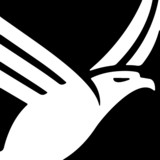 iBizzet is the electronic bass music project from producer & song-writer Jared Dunlap who resides in Denver, CO. iBizzet showcases the beautiful presence of nature, energy & light found in his backyard: the mountains. The result is an ambitiously dynamic soundscape full of dreamy synths, powerful electronic grooves, and adventurously emotional vocals.   Dunlap's brainchild officially launched in 2017, and since then iBizzet has accumulated over 600k streams and over 40k listeners. With 15 official releases, he plans on 2022 being his most ambitious year yet, with an 11-track album slotted to release, and a few journey mixes & mixtapes to act as trailers for his debut LP. These will mark a new chapter in his story; One he hopes will spread light, love, hope, and inspiration forever.