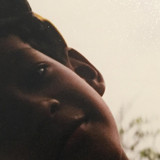 CHRIS LIMBS, the solo project of guitarist and producer Chris Lim. Born of Dominican and Chinese descent, the US east coast native finds himself currently based out of Buenos Aires. After being denied entry to Argentina in April 2019 (his home for 6 years), his entire life — friends, band, worldly possessions — were suddenly out of reach. His latest project, Stranger, released in August 2020 and written during this displacement from the place and people he grew to love, grapples with the struggles of identity, belonging, and a sense of home. The self-produced LP features Fervors bandmate w.a.n.t.o.n, Venezuela's Violenta Josefina, and Don't Kill the Weak.