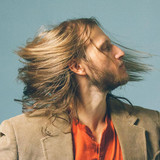 His song ‘For The Rush’ was used in the Freeform show PLL: The Perfectionist & NBC's The Blacklist. In April 19' he released a single ‘Here With Me’ originally written & recorded by Dido. Daniel’s version of the song was featured in the Season Finale of the CW show Roswell New Mexico. After the airing the song reached the #7 spot on Billboards top 100 songs in TV.