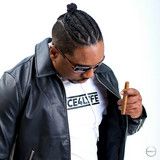 Some may call him a new artist, but Dyce4Lyfe has been making waves underground, long before his move to Toronto. Starting his career from a teenager in Barbados, he has been able to perform on stages ranging from Trinidad, Dominica, and even on the Prime Minister of Barbados' front lawn. His name has seen quite a few changes, now being permanently known as Dyce4Lyfe, but one thing that hasn't changed is his attitude, his love for music, and his love for his fans. Being one of the most humble artists out of Barbados, he has revamped his music career, and is now gearing up to launching more music in Toronto. His release Unborn, which dropped on Father's Day weekend gained alot of love since launch and we can only imagine what else he has in store.