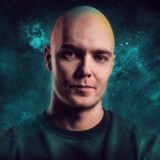 Eugen Boorsma, better known as MYST, is renowned for sculpting immersive and emotive stories through sound. After being drawn to the world of music and becoming a devoted guitarist in his younger years, it wasn’t long before Eugen discovered the world of electronic music and became infatuated with the harder styles. Making his debut on Nightbreed Records, the Hardstyle community was immediately captivated by his profound approach to the genre. ‘Before You Go’ marked a turning point in his career, garnering support from fellow producers and mainstage crowds to catapult him into the spotlight. Within the year, he established himself on stage with prestigious slots at Defqon.1, Tomorrowland, Decibel and Surpremacy where he has remained an essential name ever since. Now countless releases and performance highlights further, Eugen continues to develop himself as a producer and DJ. 2020 marks the culmination of a three year journey of discovery with his forthcoming album TRINITY.