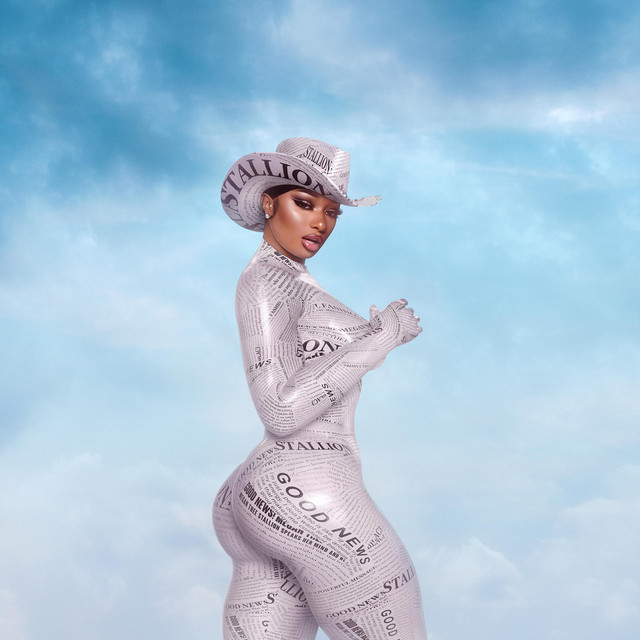 Houston rapper Megan Thee Stallion gained attention in 2016, first with a standout verse on various-artists rap showcase The Houston Cypher. Sexually charged lyrics and nonstop confidence defined her style, and she quickly took off locally. Several one-off tracks led to 2017's Make It Hot mixtape and 2018's follow-up project, Tina Snow. Her debut album, Fever, was released in 2019. Born Megan Pete in 1995 and raised in Houston, Texas, she grew up the daughter of rapper Holly-Wood (aka Holly Thomas) and was listening to Southern rap staples like Three 6 Mafia and Pimp C from a young age. She was writing her own raps by age 14 but didn't make serious moves until she posted a series of video clips on social media a few years later. Her first official single came with 2016's "Like a Stallion," and her presence on the Houston rap circuit was solidified by decimating all opponents in local freestyle competitions. Sexually explicit lyrics and effortless flows became signatures of her sound, and after the less-widely distributed 2016 mixtape Rich Ratchet, she released the singles "Pull Up Late" and "Stalli (Freestyle)" in 2017, the latter of which had an accompanying video that would be viewed millions of times. The seven-track EP Make It Hot arrived that same year and a slowed-down "chopped" remix version of the EP followed the next year. Megan's fame grew quickly, and as she gained more fans and followers, she signed with 300 Entertainment in 2018 and released her most consistently produced work to date with the ten-song Tina Snow. The late-2018 collection featured a cameo from Memphis rapper Moneybagg Yo and production from Concept P. The project caught on, and a video for single "Big Ole Freak" was streamed millions of times within months of its February 2019 release. Her first studio album, Fever, arrived in May 2019, complete with features from Juicy J and DaBaby. The album hit number ten on the Billboard 200, further cementing Megan's rise. After she and Normani contributed the track "Diamonds" to the 2020 superhero film Birds of Prey, she landed a pair of hits with the attitude-driven "B.I.T.C.H." and "Savage," both of which appeared on the EP Suga. Later that year, Megan released the singles "Girls in the Hood" and "Don't Stop," the latter of which featured rapper Young Thug. ~ Fred Thomas, Rovi