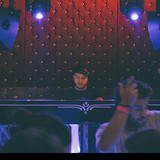 Ricardo Manzanares a.k.a. Rick Manz / BassBreaker is a Techno/Psytrance producer and Dee Jay from Monterrey, México. He has a residency in ART Studios, a night club from his city where he drops bangers. Rick is the CEO/Founder of subTERRESTRIAL records, a project where mexican techno is the only thing that matters. He also have'd the privilege to share booth whit nationals and internationals artists like Interactive Noise, Jiser, Z-cat, SpeedBall, Beat Controllers, SestoSento, Vini Vici, Guille Placencia,

Bizzare Contact, Blastoyz, Loud and many more. He's producing since 2007 and doesn't have plans of stop doing it.