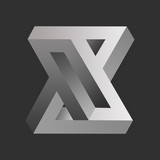 Nerve End is an uncompromising four-piece metal act from Finland. Their sound is a unique blend of metal, progressive and alternative rock elements, where the sharp edges meet with colorful textures. The band released two EPs to great critical acclaim and went on to support other acts such as Stone, Stam1na, Mokoma, Battle Beast and The Black Dahlia Murder. The year 2020 marks the release of "Stormchaser", the first single off their debut album "The Cycle".