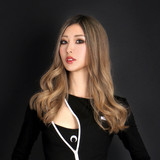 Electronic music artist Rinaly has been at the forefront of innovating the Trance genre for close to a decade now. The Japanese DJ and music producer, who divides her time between her home country and Sweden, played in several live bands before enrolling for conservatory at age 14. Here she honed her production skills and learned to play the piano, drums and trombone among other instruments.   Rinaly is frequently invited to venues and festivals across the globe and she has performed in renowned clubs such as Zouk Singapore, Piccadilly, Colosseum Jakarta, as well as major international events such as Amsterdam Dance Event, EDC Japan & China, Transmission Official Party. She has seen several of her singles hit the top Trance charts on Beatport. In 2020 she was selected as #2 DJ in the DJane Mag Japan Award and she has received global support from the likes of Armin van Buuren, Aly & Fila, Paul van Dyk, and many more.   Even though Rinaly is rapidly becoming a household name in Trance music, she feels she is just getting started. With upcoming releases on several prominent international labels, bookings at major festivals and a barrage of sonic innovations ready to be unleashed - Rinaly is ready to take on the world and deliver Trance music to a whole new generation, empowering the next generation female producers that you can be anything you want and the sky really is the limit. http://rinalymusic.com