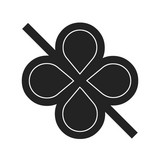 Sobranie 8 18 is a union of two people who share personal and artistic interests. The story began in 2015 when Nastya and Kirill met each other.   Both participants have a music background. Kirill started making music at the age of sixteen and has performed with numerous DJ-sets. Nastya has graduated from a music school, she was singing in a choir for five years and became experienced in making music and running her own band.   The first EP “I Was Sick” contained six tracks. It was released on February 16th as a cassette release. The debut performance was put at the same time. After that Sobranie 8 18 was a part of the first Perfect Aesthetics Showcase in Moscow. This was the beginning of an eventful period of a project.   October 16th was a release date of a debut LP “Demons, the Angel and Dark Thoughts” that was performed many times in Russia and abroad. Sobranie 8 18 shared the stage with College, Xeno&Oaklander, Lust for Youth, Easter, The KVB, Croatian Amor, Soho Rezanejad, and many more. They have also performed at international music festivals like Gamma 2019, Tallinn Music Week 2017, Moscow Music Week 2016, Electromechanika 2018, etc.   For the last three years, Sobranie 8 18 has been digging deep into studio work on the last album and focused on solo shows and festivals. They released a new self-titled LP on 3 February 2020 which signified a new step in sound production development.