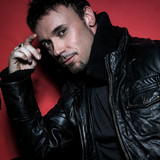 Nathan Foley is an Australian singer/songwriter, most widely known for his time in the multi award winning group “Hi-5” as an original member.   In 1998 Foley joined the Australian music group “Hi-5” as an original member, touring around the world and filming the related television series for ten years. Foley announced his departure from the group in November 2008, expressing an interest in focusing on his own music career.   As a song writer, Foley has been writing his own material from a very young age and has self-released a number of albums between 1990 and 2018. In 2020 Nathan signed a recording and management contract with StudioBox Creative which will see the release of three singles and an album over 2020 and early 2021. Produced by legendary welsh music producer Greg Haver, Foleys Album “Hurricane” is recorded at Neil Finns Roundhead Studios and StudioBox.