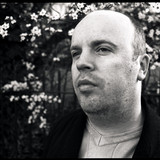 Spanning over twenty-five years, the musical path of Richard Anthony Jay has been shaped by a series of revelatory "light bulb" moments. It all began with a cherished childhood vinyl collection, as diverse as Stevie Wonder, Cocteau Twins and John Barry - and everything in between. Having left school at sixteen, Richard first apprenticed as a sound engineer, soon moving to London. Fast becoming a successful producer & songwriter, he spent over a decade creating songs for major labels and publishers, helping other artists find their musical path. Yet as he found success within the music industry, he slowly found himself losing touch with his own musical identity. Sensing that music was starting become an obligation rather than the passion it used to be, Richard decided to leave London, move to the countryside and begin afresh. That freshness came in the form of a dusty old piano. and some long-forgotten recordings of his early, classical-oriented compositions. Richard felt the need to follow a solo path, and this time he'd be in full control of his own artistic destiny. The music that he subsequently wrote and recorded, marked a new phase in his career. Blending classical instrumentation with the contemporary, and featuring acclaimed performers such as cellist Peter Gregson and Grammy-winning pipes player Davy Spillane, his work received considerable attention from radio (BBC Radio 2, BBC Radio 3, ClassicFM) and press (International Piano, MUSO).