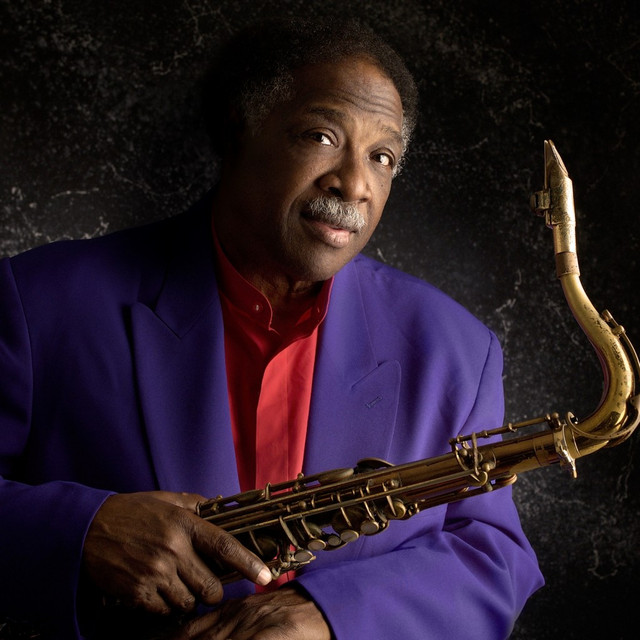 In the 1990s, Houston Person kept the soulful, thick-toned tenor tradition of Gene Ammons alive, particularly in his work with organists. After learning piano as a youth, Person switched to tenor. While stationed in Germany with the Army, he played in groups that also included Eddie Harris, Lanny Morgan, Leo Wright, and Cedar Walton. Person picked up valuable experience as a member of Johnny Hammond's group (1963-1966) and became a bandleader in the following years, often working with singer Etta Jones. A duo recording with Ran Blake was a nice change of pace, but most of Person's playing has been done with blues-oriented organ groups. He recorded a consistently excellent series of albums for Muse, eventually switching to HighNote Records for 2006's You Taught My Heart to Sing, 2007's Thinking of You, and 2008's Just Between Friends, which featured bassist Ron Carter. Released in 2012, Naturally, recorded at the famed Van Gelder Recording Studio, teamed Person with Cedar Walton on piano, Ray Drummond on bass, and Lewis Nash on drums. He quickly returned with the similarly inclined 2013 effort Nice 'n' Easy, followed a year later by The Melody Lingers On. Person then delivered the rootsy and soulful Something Personal in 2015. In 2016, the saxophonist once again paired with bassist Carter for the duo album Chemistry. The following year saw Person issue the soulful Rain or Shine, which marked his 50th year as a combo leader. After 2018's Remember Love, Person's sixth album of duets with Carter, he returned with the full-band set I'm Just a Lucky So and So. ~ Scott Yanow, Rovi