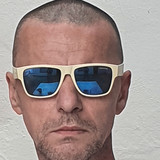 Solipsism is Craig Murphy, an experimental musician and recording artist from Glasgow in Scotland. In conjunction with his solo material as Solipsism, he also works with Lee Norris (Norken/Metamatics/Nacht Plank) as Ashtoreth’s Gate and Solipsism & Nacht Plank and he has previously worked with U.K top 40 artist, singer and lyricist Neil Carlill (Delicatessen/Lodger/Harvey Mapcase) as Shoosh. Murphy founded the Glasgow imprint Herb Recordings in 2006 and ran it until 2013; he now runs Ambidextrous Records. His eclectic style and unorthodox methods has seen Murphy release on a variety of labels over the years in several genres and his music has been featured on major radio stations such as BBC Radio 1, BBC 6Music, XFM London and his compositions are also regularly featured on major TV shows in the U.K.