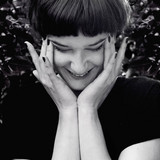 Swiss-born Rosa Luxemburg’s music addiction started from a young age; at 2 years old she was going crazy about Michael Jackson’s tunes and as a pre-teen she immersed herself in Alternative and Indie Rock, which gave her the motivation to start playing in front of crowds. At the age of 17 electronic music came into play; at the beginning mostly Minimal, Electro and Techno, and later Deep House. In 2003 she started a DJ duo with a friend called Pulp’n’Peel. One of their first bookings ever had the two girls play Techno at a party in the Swiss countryside. The guys, mostly farmers, didn’t quite get it but the girls had fun. At the age of 19, Rosa Luxemburg moved to Vienna, and after a short affair with Madrid she finally ended up in Berlin. Today, Rosa plays at Berlin favorites like Anomalie Art Club, Anita Berber, Burg Schnabel and Birgit & Bier where she loves to challenge the crowd with her distinctive selection of House and Techno. Since 2018 she is also one of the few resident DJs for the party series of Berlin record label, collective and booking agency Family Unit. Her sets are full of warm and colorful sounds, with deep bass lines, harmonic melodies and an uplifting drive that makes people dance. Rosa brings an unquestioned energy and sense into her sets that leave a lasting impression on her listeners as she demonstrates an uncanny ability to engage the throttle at the right moments.