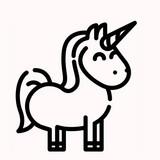 Attilion was formed in November 2006 in Jakarta, Indonesia. The band leader, Bowo Christantyo (Known as Bowo C), had an idea to form this band after being inspired by his favorite bands, Led Zeppelin, Pink Floyd, YES, King Crimson and Mahavishnu Orchestra. Their music is a mixture of progressive rock, post-rock and fusion. Attilion released 3 albums started from 'It Must Be' (2011), 'Early Dawn' (2015) then the brand new 3rd album titled 'Little Pony' on July 6, 2018. They had performed from small until big events in Indonesia. Attilion was disbanded on March 8, 2019. Then Bowo Christantyo decided to activate the band again on December 5, 2020 with the temporary line-up such as Nanta on bass, Shandy & Oka on drums and they will work out rearranging some their old tunes from their 1st and 2nd album also writing some new materials.