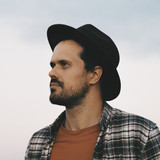 We Are All Fossils

Featuring We Are All Fossils

What started as a weekly YouTube covers series (#FossilFridays) ended up as an Indie/Folk band. In November 2014 the first cover made its way to our channel, it was the start of an incredible journey which resulted in 280,000+ views, 2,500+ subscribers and the most amazing support from the people around the world who were tuning in every Friday. 52 weeks later and it was time for the final curtain call and to look towards the next project. What followed was a unique series called 'Songs For Strangers'. We asked our listeners to send us letters anonymously, out of those connections we created 7 tracks which we finally recorded and released in 2019. 'Songs For Strangers' EP was a journey outside of the normal creation process for us. SFS EP received high praise for its unique concept which resulted in international & national radio station plays. Online support from Mahogany, AlexRainbirdMusic, Indie Folk Central. Playlisted by Cafe Nero, Costa, Campanile, Quicksilver plus more. Our debut album 'The Optimist' released in 2018. 10 track collection of songs book ended in lo-fi introduced the IndieFolk/ContemporaryFolk sound we (Deist, Marc and Dan) make. 1st single 'Honey Drop' 2nd release 'The West' was well received amongst the Indie/Folk and Contemporary Folk community. it received national and international radio play from USA to Indonesia. Currently in the studio recording the next album. more news coming soon. E: weareallfossils@gmail.com