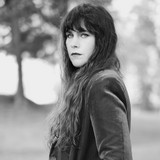 Ida Jenshus is a Norwegian singer-songwriter, artist and producer. Since her debut in 2008 she has released seven critically acclaimed albums and received several prestigious awards. Ida is continuously touring and producing music, further evolving her successful mix between pop, rock and country.   Ida quickly established herself as one of Norway’s leading female country artists, and became the first Norwegian solo artist to win The Norwegian Grammy for her first three studio albums; “Color of the Sun” (2008), “No Guarantees” (2010) and “Someone to Love” (2012). In 2014, Ida released a genre-breaching EP called “Let it Go”, earning her yet another Norwegian Grammy nomination, this time as Pop Soloist 2014. Her fourth studio album, “Starting Over Again”, was released in March 2015, to unanimous praise in Norwegian media. Her sixth album “Two Worlds” was released in 2017, and was a result of Ida spending a great deal of time in Nashville, where she toured with songwriting legend JD Souther. The title reflects the duality of the album as well, being recorded both in Norway and in Nashville. The album was once again met with rave reviews. Ida released the esteemed album “From This Day On” in 2019. On this album, her award-winning signature sound rooted in Americana has been joined by pop, and is her most personal album to date. Ida Jenshus is currently touring and working on a new album featuring songs in Norwegian.