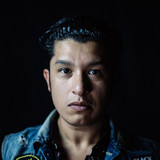 In 2013, FESTE raised over $5,700 on Kickstarter in order to fund the completion of their debut album, First Folio: a 13-track LP featuring 11 original songs and 2 songs from Shakespeare’s Twelfth Night – “Come Away, Death” and “The Wind and the Rain” – that combine the Bard’s words with FESTE’s original melodies and music. Since the release of their debut album, FESTE has performed throughout Southern California, including a performance at the 2013 VANS Warped Tour in Pomona, CA. The band has also released their first EP, "Days of Vengeance;" and have had their music featured on the NFL Network, "The Heidi &amp; Frank Show" on KLOS in Los Angeles, and the zombie audio drama, "We're Alive." FESTE is currently working on their follow up LP and preparing to release new music and videos in late 2017 and early 2018.