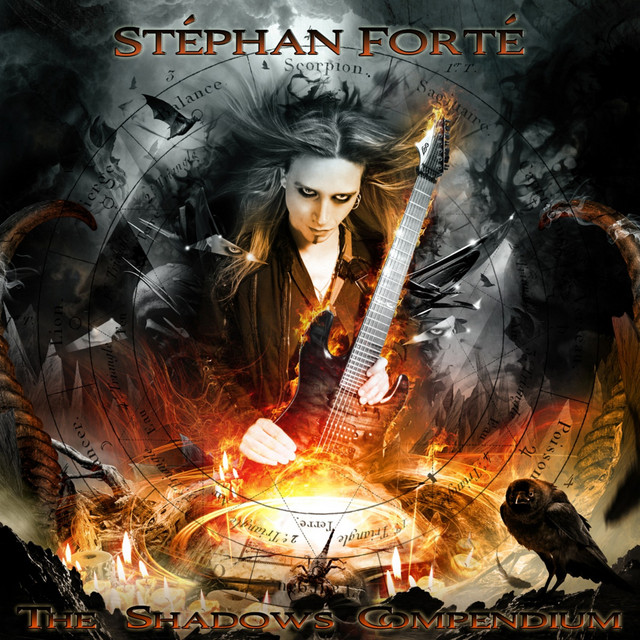 Stephan Forté’s virtuosity and fierce imagination have been lighting up the sound of France’s dark prog metallers Adagio since 2001. Range, invention, and dramatic tension of his style sharpen the edge of neoclassical guitar and re-define what it means to be a shredder. After five albums with Adagio, Forté's solo debut "The Shadows Compendium" leaps into the stratosphere, uniting highly technical chops, romanticism and spectacular narratives. Acclaim follows from guitar gurus such as Jason Becker, and Marty Friedman invites him to support his 2012 European tour. After a successful second solo album "Enigma Opera Black", featuring guests such as Marty Friedman or Andy James, Stéphan is at the moment putting the final touches to the writing of his third solo album, which is without any doubt about to raise the shred game to the next level. In December 2020 Stéphan released the track "Eien No Kizuna", featuring Andy James. The song is a tribute to Cacophony and Jason Becker, one of Stéphan's major inspirators! https://stephan-forte.com