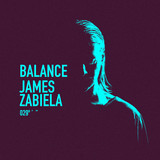 England's James Zabiela began DJing in 1999 and won a magazine's "bedroom DJ" competition, which set him off on a fast path to becoming one of the better-known progressive house DJs in the U.K. Before long, he was part of Sasha's Excession DJ agency and was spinning alongside his mentor, not to mention acquiring a number of his own residencies and one-offs across the globe. He released a string of mix albums from 2003-2005: Sound in Motion, Alive, and Utilities. ~ Andy Kellman, Rovi