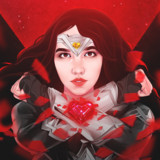 Sophia Fredskild, a 22 year old pop singer-songwriter of mixed Malaysian and Danish parentage. Sophia who grew up in Kuala Lumpur, discovered her love and talent of singing at a young age as well as her interest for the performing arts. She was involved in a number of musical and theatre productions and among them are ‘Bites of Delights’, ‘Seussical Jr. the Musical’ and ‘Sinbad the Musical’.   Sophia listened to a variety of music growing up including Pop, R&B, Folk and Country. Learning to play the guitar on her own, Sophia developed a passion for songwriting at age 13. Penning her first ever song titled ‘Shooting Star’. Sophia participated in the Short+Sweet festivals and open mic venues around KL, where she showcased her original composed songs in acoustic settings.   Her drive to have her original songs produced professionally led her to songwriting collaborations with other international artists. Sophia co-wrote the song ‘Go!’ with DJ Cuurley and her 2nd collaboration ‘More Than You See’ with Dorox. Sophia has also released an EDM collaboration single titled 'No Limit' with Producer Starlyte. Now Sophia is focusing on her solo career writing and producing upbeat, pop-electronic songs. With a list of works including Malay and English singles: ‘Menanti Cinta’, ‘Waiting For Love’, ‘Cinta Selamanya’, ‘Forever Mine’, 'Shine A Light’ and her new single ‘Heartbreaks Not Gonna Break Me'!   Website: www.sophiafredskild.com Youtube: www.youtube.com/sophiafredskild