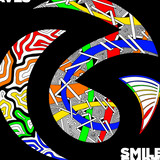 Rival Waves is an American rock band from Austin, Texas. Blending propulsive, guitar-fueled sonics with a relentlessly fearless post-punk aesthetic, Rival Waves marry distortion-soaked, hard driving rhythms with anthemic arena-ready choruses that have earned the band initial comparisons to Pearl Jam and U2. Make no mistake, though – armed with a drive to create a more meaningful connection between art and audience, a focused DIY ethos centered on the convergence of music and technology, a proclivity towards consistent musical experimentation, and an earnest commitment to topics ranging from the intimately personal to the sociopolitical, Rival Waves take their cues from Fugazi as much as they do Foo Fighters. Rival Waves began as concept singer/songwriter Joel De La Garza developed to leverage disruptive tech to meaningfully engage with fans in an ever-changing music industry. Entrenched in a South Austin studio, he began writing and recording material that would be the band's musical blueprints. This led to collaborations with some of the best session musicians in the world - including members of Pearl Jam, Linkin Park, Nine Inch Nails, Hans Zimmer and more. During these sessions, De La Garza realized his desire to turn this studio project into a live rock n' roll band. In 2016, he joined forces with guitarists Marc Schulz and Erik Salinas - and Rival Waves was born. On the heels of the band's first two singles, their debut album, Transducer, was released in 2018.