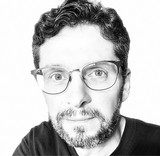 Growing up in South Louisiana help to foster the musical sound that is mine today. Though North Louisiana is known for Elvis’ debut on the Louisiana Hayride, Baton Rouge to New Orleans held it’s own rich influences of Gospel, Rhythm and Blues, Jazz, and many others. My parents listened to Country music in the family car. Naturally I listened to it as well.   Eventually I landed a stereo in my room. Late weekend nights I surfed the AM/FM channels on it listening to local Baton Rouge radio stations, and some of the more powerful New Orleans stations that could be picked up over the 6o mile span. I grew into my own tastes listening to the Eagles, Foreigner, Journey, and a local band named Louisiana LeRoux, to name some of my favorites. I always gravitated toward those who wrote and performed their own material.   My “tennis racquet guitar” would eventually give way to the real thing. I first learned to play on an old department store brand acoustic who’s steel strings would make one easily feel the blues! Learning to play was an act of the will overcoming the pain! I stuck with it because I wanted it badly enough.   I learned to play guitar enough to start trying to imitate my musical heroes. I eventually picked up some other instruments enough to add tracks to my personal mix tapes / demos. As a young man in my 20’s, I quite frequently shared my mix tapes of original songs with my coworkers during lunch. It's not all that different today!