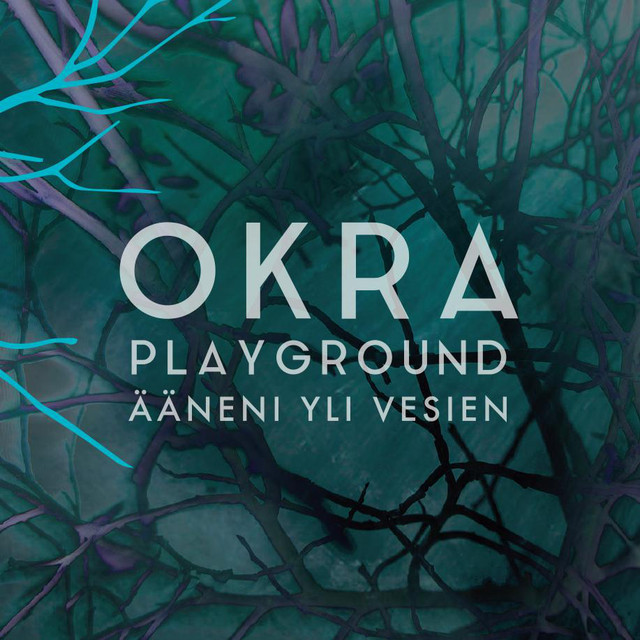 Helsinki based electro-folk band Okra Playground was originally formed in 2010 from a shared wish to bring together excellent people and musicians to play around traditional Finnish music with a fresh approach. On this playground the kantele and bowed lyre, both ancient folk instruments, coexist in a new, exciting symbiosis with modern instruments and soundscapes. The music resulting from the quite unusual interesting combination has roots deep in the Finnish soil, but its tallest branches spread out towards the furthest shores of world music. The strong voices of the three female singers, as well as the age-old lyrics, simultaneously take the listener to far-off places and close to home. Okra Playground’s fresh music captivates the listener with its hypnotic beat and mystical energy. “Okra Playground will be a favourite in the European folk music festival scene from now on.” – Lira Musikmagasin 4/2018 Okra Playground’s long-waited debut album Turmio was released in October 2015. The album has ever since been warmly received gaining praises in the new and old medias – for instance receiving a five star review in Songlines Magazine. The debut also took Okra Playground to perform at the official showcase program of World Music Expo WOMEX16. Okra Playground released their second album Ääneni yli vesien in March 2018. They have already celebrated the new album touring Germany, Belgium, Finland, Sweden and Norway.