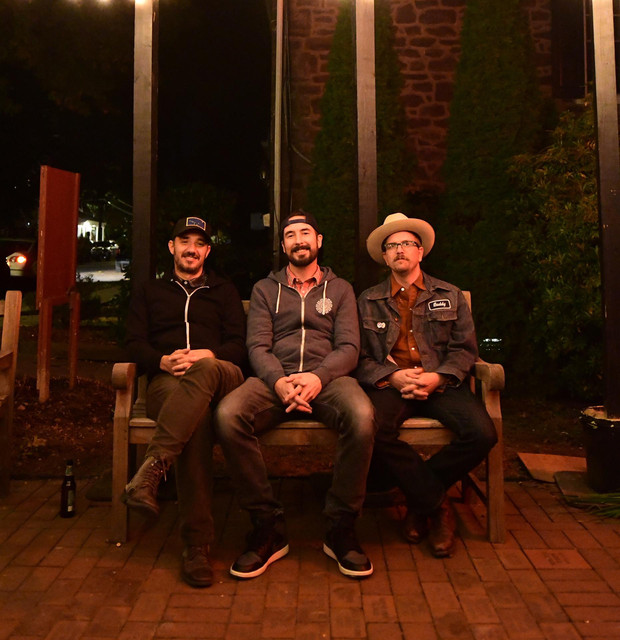 Bio   Crow vs Lion is the music & art project of Dan Gallagher from Bucks County, Pa. Featuring Liam Hare on drums, Andy Kostrzewski on bass & Bob Saia executing all album art design & layout. Veiled symbolic poetic imagery, uniquely crafted arrangements, strategic use of metaphor with interconnected wordplay & a meticulous commitment to the overarching vision & concept is the ethos connecting Crow vs Lion’s body of work... a running record... a cauldron of experience & observation thoughtfully expressed.  Bio for The Heart, The Time, The Pen   The Heart, The Time, The Pen is Crow vs Lion’s second full length album, and was written for Dan’s two sons, Danny & Dylan . Released 10/17/19. The album separates the themes of its title into three sections. Each section has four songs relating to The Heart, The Time, The Pen . The last song, the title track, embodies all three themes. So in total 13 songs. The listener will hear three transitions, that are placed before the first song of each section that serve as indicators you are entering a new theme ( The Heart, The Time, The Pen ). The artwork for the album heavily supports the album concept. In it you will find Danny & Dylan ’s Guide to the album, 13 veiled correlations with the number 13 , pictures that hold meaning to the concept, use of his son’s favorite color...red, and a Listener’s Guide to the album. Along with several other intricate, deliberate and symbolic details. Website: www.crowvslion.com Instagram: crow_vs_lion