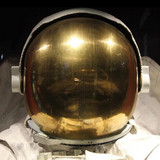 Dare Mason and Marty Willson-Piper grew up together on The Wirral, near Liverpool, listening to classic sixties Pop singles, Singer-Songwriters, Krautrock, Spacerock, Prog, Art Rock, New Wave, Punk, Funk, Glam Rock, Heavy Rock, Reggae and Soul – probably the reason for their diverse and eclectic sound. Moving to Australia in the early eighties, Marty joined The Church and then in the early nineties All About Eve, while Dare concentrated on becoming an engineer and producer, working at the renowned Townhouse Studios in London, before founding the VIP Lounge studio in Penzance, Cornwall. In the early noughties Dare and Marty formed Noctorum and in 2003 they released their first album on Heyday Records, Sparks Lane. Before their second album, Marty joined The Saints and in 2006 Heyday released Offer the Light. The album was re-released as a digipak in 2010 on Second Motion Records. Their third album Honey Mink Forever was released on Heyday Records in 2011. In 2015 Marty joined Anekdoten. About a year later Dare and Marty began writing for their fourth album The Afterlife which was released via Schoolkids Records on 15 February 2019 on CD and gatefold vinyl. The album features Eddie John (Stackridge) on drums, Olivia Willson-Piper on strings and backing vocals, Richard Evans on trumpet, Duncan Bridgeman (1 Giant Leap) on flute, Georgia Dulcie on backing vocals and Nicklas Barker (Anekdoten) on mellotron.